The Australian Federation of University Women – South Australia Inc. Trust (AFUW-SA Inc. Trust) was established by Deed on 19th June 1989 as the Trust Fund that would advance education through disbursing earnings accumulated on capital raised by Australian Federation of University Women- SA Inc. (AFUW Inc. SA) and its predecessors in the form of bursaries, scholarships and prizes awarded to selected tertiary students.

The Adelaide University Women Graduates’ Association was established in 1914 as the Women Graduates’ Club – a sub-society of the Adelaide University Women Students’ Club founded in 1909. The South Australian branch of what is now a global network had a number of name changes in line with the national and international associations with which it was affiliated, to AFUW Inc.-SA, then Graduate Women South Australia (GWSA).

Graduate Women International (GWI), founded in 1919 as the International Federation of University (IFUW), is a worldwide, non-governmental organisation of women graduates that advocates for women’s rights, equality and empowerment through access to quality secondary and tertiary education, and training. GWI has consultative status with the United Nations Economic and Social Council (ECOSOC), the International Labour Organization (ILO) and the United Nations Educational, Scientific and Cultural Organization (UNESCO). This enables GWI to advocate up to the highest levels, to promote the right to quality education of all girls and women.

After over 100 years, Graduate Women South Australia (GWSA) ceased in 2016. However, as an associated but independent entity, the AFUW-SA Inc. Trust and so the scholarships continue as an enduring legacy and testament to the wonderful work done by its members over that time.

Appointed Trustees, all of whom contribute on an unpaid voluntary basis, administer the AFUW-SA Inc. Trust Fund. At least 75% of the income earned by the Trust Fund each year is distributed in the form of scholarships, with the remainder adding to its investment base.

All donations to the Trust Fund of more than $2 are tax deductible.
Please refer to Donations and bequests on this website and/or contact us for more information. 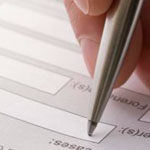 2022 Scholarships - Applications for postgraduate scholarships for 2022 are now open. 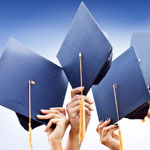 2021 Winners - Congratulations to all our 2021 winners. We wish you the best of luck with your future study!

2022 ScholarshipsApplications for postgraduate scholarships for 2022 are now open.
2021 WinnersCongratulations to all our 2021 winners. We wish you the best of luck with your future study!

Find out more about GWI

Find out more about AFGW